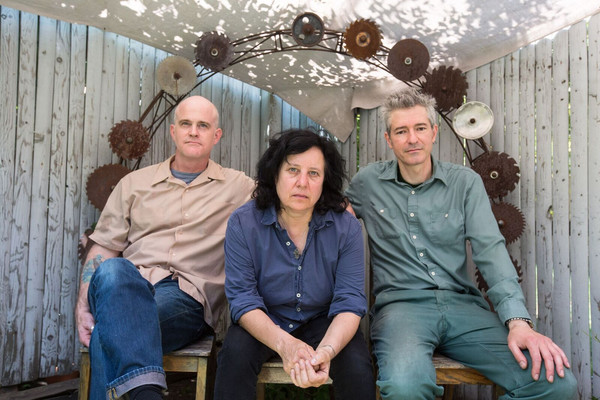 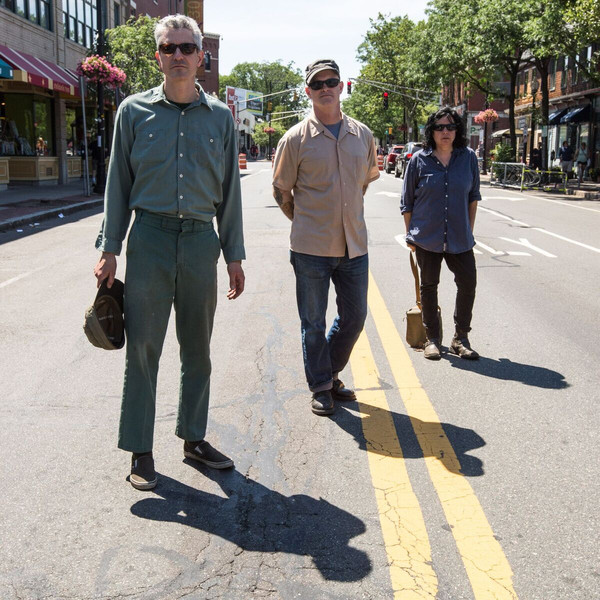 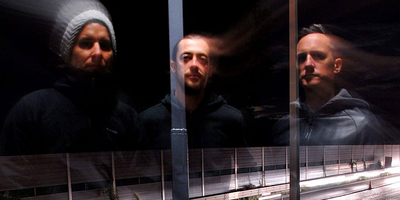 E, the trio of Thalia Zedek (Come, Uzi, Live Skull), Jason Sanford (Neptune), and Gavin McCarthy (Karate), have crafted an album that fuses an explosive, industrial sound with the patience and reservation only practiced songwriters can invoke. While each member has decades of experience in the alternative scenes of rock music, their collaborative efforts have combined in a work that is both unlike anything that’s come before them, and the result of three veterans working in total harmony. What sets E apart from their contemporaries is their almost youthful willingness to experiment, while having the maturity to show restraint and austerity. On their self- titled debut album, E have developed a sound that is both mechanically oriented and emotional, a combination they could only describe as “soul music for machines.”

Zedek and Sanford first began working together in 2013 out of a desire to dive into a musical outlet more collaborative than their more solo-oriented efforts. Drawn by mutual respect for one another’s artistry, the two were energized creatively when exploring the combination of Zedek’s unmistakable voice and inventive guitar lines with Sanford’s sculptural homemade metal guitar sounds and stomp box rhythms. Zedek and Sanford approached longtime friend Gavin McCarthy about expanding on the unique sounds. Although McCarthy, a fan of E, originally thought of himself in the band on bass, once he was added as the drummer it became immediately clear that his expressive and agile playing was all the rhythm section E needed.

E defies expectations - while having no bassist, the sound is driving and with an emphasis on rhythm. “Delicate Fingers” is a great example of their inventive approach. The propulsive tom-heavy drumming of McCarthy in tandem with Sanford’s specially crafted bass-tone stomp boxes provides a relentless drive. Each member sings on the album, bringing their own lyrics and melodies to the table, and sometimes crossing and interweaving with another’s vocals. Where most bands with more than one singer might gravitate towards harmonies, E instead showcases each player’s voice as an individual, with McCarthy even providing some of the albums fiercest vocal performance on the explosive “Candidate.” Several songs find the band trading lyrical and vocal duties, such as “I Want to Feel Good,” where Sanford’s mantra “I want to feel good” trades off with Zedek’s impassioned lyrics about immigration.

The name E itself is representative of the band – a trio of lines, each equal in length, each sticking out equally from a base. Because each player is so distinguished and distinct in their playing styles, E is able to exhibit total control over their sound, while still focusing on having the freedom to experiment. Whether it’s stomping on a wooden block housing the blade from a hacksaw for bass tones, or approaching the drum kit as a melodic instrument, the band said themselves, “it’s about freedom.”

E plans to tour throughout the U.S. and Europe after the album’s release this fall.